The History on Search Marketing

Search marketing is the newborn baby against traditional TV marketing. Search marketing, mainly Google’s PPC which emerged in early 2002. Compared to the first television ad, which appeared in 1941, was 75 years ago.

Search marketing is a little less than 2 decades in existence.

Television marketing is the grandfather of all marketing mediums, (if you exclude the first signs of advertising when ancient Egyptians wrote ads on the walls of caves a few thousand years ago).

Television advertising made a hefty number of brands into formidable billion-dollar companies 50 years ago, which still stands as the powerhouse today.

Brands like Ford, General Motors, Coca-Cola, and especially Proctor & Gamble, with their massive lines of products from shampoo to body wash to dish-washing to toothpaste to skincare. You name it they have it.

Luckily all of them have different names. So you wouldn’t know that the company that makes your floor-cleaning agent actually makes your face wash. And all of them are billion-dollar powerhouses built by television advertising 40 years ago.

P&G continuously pours out billions and billions of dollars of their profits into advertising every year.

In the previous year, this mega-conglomerate had a 7-billion dollar annual advertising budget. If you stack them into 100-dollar bills it will go higher than the Eiffel tower.

These big brands are the first to catch the wave when television was at its peak 30, 40 years ago.

The transition to online advertising

Back then, most families then stay at home and watch TV, they didn’t had internet, the sole use of a phone was to dial numbers. Their sole source of entertainment was through the TV (or sitting around predicting when its going to rain). The big companies having controlled the attention of the masses, rode the television wave and built up powerhouses that continue to dominate in the current era.

Fast forward to the 21st century, with the advent of digital devices. Search marketing came and threatened the livelihood of TV over 10 years ago. People start spending more time online and watched less TV. (Now you can literally see any TV show on your laptop, or mobile device.) And since the huge wave of users start spending more and more time on the internet, advertisers adjusted (follow the attention) and begin writing their ads online.

Instead of being forced to sit through a wave of irrelevant ads during a program break, you now can get targeted and more precise ads tailored to you. This is the new wave of marketing that accompanies the rise of internet usage.

You can now advertise to people who are actively looking for your products, talked about your products. And the advertiser pays only when they click or view your ad.

This shift to performance-based advertising means any company can now get seen with little monetary commitment to start.

It puts the control back to the advertiser and customer. The customer gets relevant ads based on their questions, needs and desires at the moment. And the advertiser (in this case us) designs enticing ads that reach thousands, tens of thousands, hundreds of thousands, and even millions of customers who are potentially looking for you. 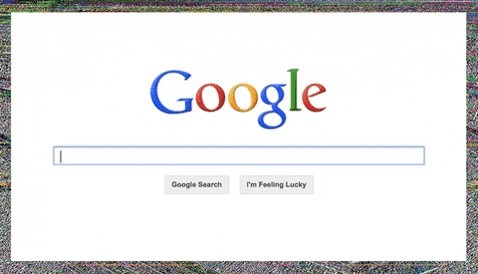 Billions of users are on the internet every day, searching away for a business that can solve their needs. New companies that understand this are quickly embracing the new standards of marketing and building the bridge to connect with their customers.

Old companies have this ditch and expect their customers to jump over.

Just like how the Proctor & Gamble’s and Coca-Colas of the world had pre-empted the rise of TV 40 years ago and rode the wave into multi-billion dollar names now.

The same new businesses today that understand search advertising and other online advertising methods should pre-empt this new position and solidify their positions to become the future megabrands and companies.

Because history tends to repeat itself.

The world cannot be any better now than before. Brands that understand the current game of marketing will win and continue to steam-roll into future P&Gs and Coca-Colas of the world.

Those that can see it will take advantage and win.

Those brands that don’t, unfortunately, will have to face oblivion.