Is the Internet Really Free?

Free or not free?

Is the internet free? Most people may think so. They say that they can read any article, page, and video online and don’t get charged for it. But, whether you watch 10 videos or 100 videos on YouTube, does it make a difference? Whether you spend 1 hour or 5 hours today on Facebook, you still get charged nothing. Likewise, Google does not charge the user whether they performed 1 Google search today or 20 searches.

This has led to the common misconception of people who think that the internet really operates like a free non-profit organization. And these companies and content publishers are all.. you know – Samaritans.

This is not the reality. Most publishers want to be compensated for their work. Anybody who puts out valuable content on the internet, whether it be a video, blog article, or even journalism, wants their work to be compensated, usually financially.

Here’s the gap. Earlier, we agreed that no matter how much you consume on the internet, it never really charges you anything. The only thing you need to pay for is probably your electricity bills to your local company.

So, where does the money come from? And why you, as the user is so crucial in the exchange of the money between these 2 parties involved? Before we continue, let’s explain who these 2 main parties that benefit from the internet are.

Advertisers are businesses and companies who wish to get their products out there – to you, the internet user. They are willing to pay a certain amount of money in order to reach these users, in the hope that they will become their customers.

Media owners are owners of publishing houses on the internet. They can be big or small companies. On a larger scale, they run publishing sites like Wall Street Journal, New York Times, The Guardian, etc. Small publishers may do the same, except with smaller websites. Finally, don’t forget that social media companies and search giants like Facebook and Google are technically media owners as well.

Media owners hold the inventory through their published content on the web, and advertisers want a slice of that inventory through advertising. For example, the “inventory” that a media owner like Washington Post owns are the loyal readers of their websites or app. And they make money by selling these readers (which is you) ads that companies want to target you for.

This is where the users enter into the equation.

Users are people who consume information through the internet. Be it in the form of videos, articles, searches, or social media.

Users facilitate the money exchanging process between advertisers and publishers. Because without them, they would be no trade in the first place. And nobody would want to put anything on the internet.

The adoption of ad blockers

The case of the wide usage of Ad Blocker happens when people mistakenly assume that the internet is free. They get annoyed with the ads. They want to see more relevant ads, and get impatient when served irrelevant ads. They turn to the ultimate solution, ad-block.

The problem with people who use Ad Blocker is that when this becomes a large number, you essentially remove the income that the publishers make when you consume their content – through advertising. In turn, publishers will not be compensated and will not have the resources or motivation to continue producing content on their sites.

And this affects both the small end publishers running to 1000 readers monthly to the largest publishing houses in the world who continually supply the world with news and information.

Ad blockers directly hurt publishers – financially. It affects jobs, incomes, and livelihoods. So what do publishers do in response? They lock their content behind paid subscriptions.

Nobody can really operate on free forever, especially people who put time and effort into creating a great piece of content. They want to be compensated in order to continue making this kind of engaging content on the web. For most, it is their job. Advertising for the past 2 decades has been supplying this need. 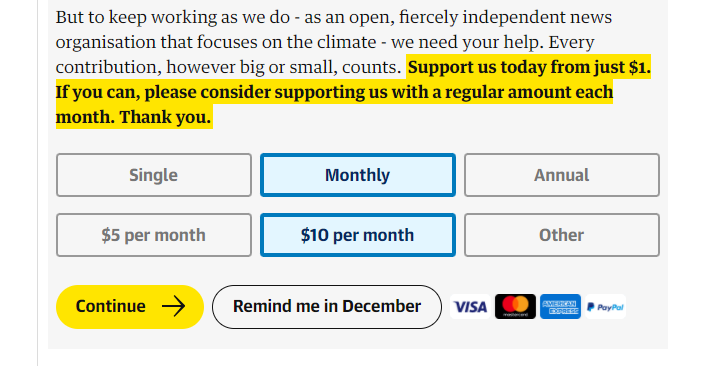 Advertisers have been paying forward and essentially keeping publishing houses in the business. However, when more users adopt the usage of ad blockers, advertisers who have no way to reach these users will have to look elsewhere for sources. Naturally, this affects the income of publishers, and they will slowly start locking their content behind paid walls.

Facebook, Google, and YouTube are essentially all advertising companies. A recent report shows that Google’s revenue is around 82% coming from ads.

Now that we have covered this topic. Hopefully, everyone can briefly understand the economy of the internet. Let’s now discuss something different.

How do media owners actually make money off their users?

As we have described previously, the primary method is through advertising. And it still is today. Advertising drives most of the income from content published on the internet. But the other way is; user data.

That’s right – media owners collect your data, repackage it, make sure it adheres to all privacy laws and resell the data to advertisers or other companies.

They can either do this by selling their 1st party data to other advertisers looking to benefit from reaching these users. They can also sell it as a 3rd party data to ad vendors and data management platforms.

These data are being traded for the purposes of targeting ads. For example, a high-end jewelry company may want to purchase data of their target customers, let’s say 27-35 females, with high-income jobs of over $100,000 within their country.

Summary – the internet is not free

So remember this: the internet is not free. People want to be compensated when they produce good, high-quality content. The user is the thing being “traded,” and this is not as bad as it sounds.  In fact, this is the only way for the internet to remain “free” while we are able to access information freely from anywhere in the world. However, ad technology needs to better target these users with relevant, impactful ads that can enrich their lives. Though we have not reached this standard to this day, it will be in the near future as ad technology continues to progress and surmount new feats.

When only relevant ads reach the user, everybody in the ecosystem wins. First, the advertiser can reduce ad wastage and save money. Second, the user is more accepting of ads and is willing to continue seeing them on the internet. Finally, the publisher gains a favorable image from users by not serving them intrusive or irrelevant ads, thereby earning a repeat visit in the future.